Davos: Which world leader will take the lead? 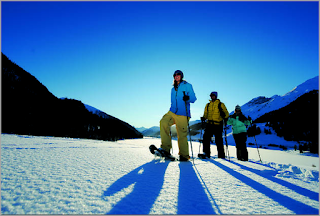 As the world’s leaders arrive in Davos, Switzerland for the 50th World Economic Forum, there is one central issue on the agenda; climate change. Whether this is a formal acknowledgement of the issues facing our planet, or just a public relations exercise to deflect attention from the rich nations of the world remains to be seen.

It is a reality that invitations this four day event only go to the world’s top political and business figures. Only they get to make the microeconomic decisions, yet those very decisions affect us all. This includes the millions of people in the poorest and least advantaged countries whose politicians aren’t invited to the shindig. Expect lots of photo opportunities and handshaking, interspersed with press releases about major international business deals. It’s must be hard being the PR guru trying to positively spin the event, when the outside world sees it as an event to maintain the status quo.

So this year they’ve come up with an attention grabbing idea; snowshoes. Ever conscious of the environmental footprint of flying thousands of folk into the Swiss Alps, they’ve provided snowshoes for everyone to walk between each of the town’s conference venues.

Just which of our illustrious leaders will take the lead for such a glorious photo opportunity, we'll have to wait and see. Justin Trudeau perhaps. He needs a bit of friendly publicity at the moment. Maybe Emmanuel Macron as he’s always in need of something to show the disadvantaged at home that he’s listening. Donald Trump will probably be doing everything possible to annoy Greta Thunberg, so I doubt he will. Likewise, Boris Johnson, although with Boris you never know.

Whoever does or doesn’t walk anywhere, this smacks of a PR stunt to try and show the people who matter care about climate change. There’s lots of talk about committing to long term change, but precious little action to back this up. The people attending the World Economic Forum must realise that if nothing is done to combat climate change, then the world’s economic balance will shift. Unfortunately, it won’t be the world’s biggest businesses and countries that will be affected most. Until that changes, we’ll likely get other PR stunts to deflect attention from the real problems.
climate change Politics