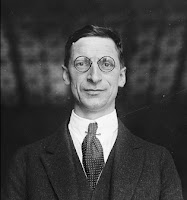 Eamon deValera is a figure in Irish politics who divides opinion like no other. He was a central figure in the Irish independence movement of the early 20th century, given a death sentence after the 1916 Easter Rising, was central to the anti-treaty side in the run up to the Irish Civil War, and returned to reclaim the presidency of the country in the 1930s.

Irish politics for generations after independence largely mirrored your views on the treaty signed with Britain in 1921. The treaty saw the six counties of Northern Ireland remain in the UK, and led deValera and his supporters walking out of the Irish parliament and the start of a bitter civil war. The preamble to the treaty's signing is itself fraught with difficulty, with both sides accusing the other of underhand manoeuvring.

Many of deValera's supporters never returned to parliament after the war. Some became ardent republicans who saw the treaty as a sell out of everything the Irish independence movement fought for. Others like deValera returned to politics, but the scene was set to decades of division. After the fighting finished, both sides set up their own political party:
The division between mid 20th century Irish politics aside, there is one aspect of deValera’s life that is particularly upsetting. I say that as the grandson of a man who fought with him in the Easter Uprising and served as his Private Secretary for many years, but also as someone who has stood up for human rights all my life.

My beef is his opinion on women’s role in society. Dev’s conservative attitude towards women is well known. He was the only rebel leader in the 1916 Uprising to refuse women to fight alongside the men. But it was what followed that really set women’s rights in Ireland back a millennium.

Once back in power, he set about crafting the Irish constitution. Once written, it effectively told women that marriage should be their highest aspiration, that bearing children should be their only creative output, and that they should be economically dependent on their spouse. Just how this squared with the Irish Proclamation he signed in 1916 is hard to understand. The proclamation guaranteed:


“religious and civil liberty, equal rights, and opportunities to ALL its citizens”.

The 1937 constitution (Bunreacht na hÉireann) eroded the rights of women to little more than second class citizens. A commission (all men of course) advised deValera on the content, and when it was debated in Dáil (Irish Parliament) none of the three TDs (Members of Parliament) said a word.

That's not to say there wasn't protest outside of the parliament. Women protested in private and in public. This included the Irish Women Workers Union, many of whom were involved in the 1916 Rising. They wrote to de Valera saying, “it would hardly be possible to make a more deadly encroachment upon the liberty of the individual”.

The sad part is that once adopted, the constitution left the majority of Ireland’s citizens ignorant of the legacy woman had been denied. It has taken Ireland over 75 years to reverse most the tyranny of abuse on women’s rights. It's still not perfect, but the tireless work of human rights activists has achieved success in many areas.
deValera Human Rights Ireland