Hong Kong: Is it still One Country, Two Systems?

- July 31, 2020
Following the handover of Hong Kong to China in 1997, the principle of one country, two systems was used to describe the method of governance of this former UK colony. In brief, it allows Hong Kong to be part of China, yet retain its own economic and administrative system. Significantly it also meant Hong Kong could have its own government, legal system, and trade relations with other countries, that are independent of the mainland.
Negotiations on the handover of Hong Kong from the UK to China, agreed that the principle of one country, two systems should exist for 50 years. Unfortunately, it has never been defined what should happen once this agreement expires. In effect the issue was postponed for someone else to deal with before 2047.
Roll the clock forward, and we're in a very different place politically. Former Chinese premier Deng Xiaoping didn't even live to see the implementation of the handover he negotiated. The last Hong Kong Governor, Chris Patten, has been vocal about recent issues affecting Hong Kong, but hasn't much political power to do anything about it. By comparison, China's economic and political power has increased immeasurably, to the point where it feels confident to take on major world powers.
It would be naive to expect China to accept the Hong Kong status quo in perpetuity. It was always likely the motherland would erode the freedoms of Hong Kong citizens. China has a long history of dealing with dissenting voices in a harsh manner. Amnesty International's Annual Report highlights a long history of detention and imprisonment of those who dare to speak up against injustice. The use of torture is widespread, and freedom of expression is suppressed.
Hong Kong citizens may not suffer in quite the same way as those of Tibet, Beijing or Shanghai, but how long will it remain so. The signs are that China is flexing its muscle and gradually eroding the principle agreed prior to the 1997 handover. Admittedly residents can still protest, and there is a degree of political autonomy in the Hong Kong legislator, but the recent implementation of new security laws aims to undermine this.
The new laws are just one part of a concerted effort by China to crack down on dissent. The BBC's China Correspondent Stephen McDonell recently highlighted just what is going on behind the scenes. It's well worth listening to. 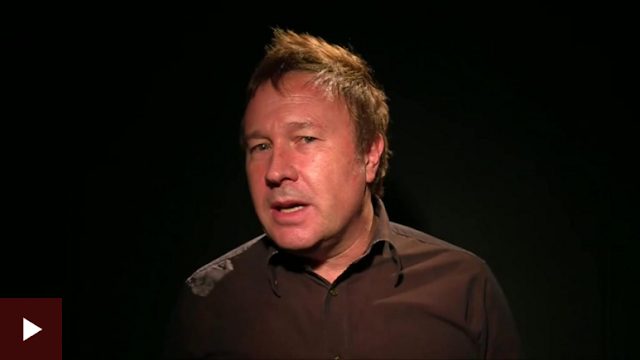 In the video Stephen points out how:
Perhaps even more concerning is what the new security laws could mean not only for Hong Kong residents, but for everyone throughout the world. It aims to stop the singing of certain political songs, chanting certain slogans, and carrying banners or wearing clothing bearing specific words. It most certainly prevents calls for greater autonomy or Hong Kong independence from China.
All of this is aimed at suppressing the increasingly violent and disruptive protests we've seen in Hong Kong recently. But the wording of the new laws are vague enough to apply to just about anyone doing anything that Beijing doesn't like. If a pro-democracy member of Hong Kong legislator tries to speak up against the laws, could they be arrested? Could I be arrested if I travel to Hong Kong, just for writing this blog post?
I've visited Hong Hong several times both before and after 1997. It is a wonderful, vibrant city that everyone should visit at least once. The one constant there is change, but with that comes a cost. By implementing these new security laws, China is trying to keep a lid on dissent whilst allowing Hong Kong a measure of freedom not allowed by other Chinese mainland regions. The problem it and the world faces, is that cracking down on dissent increases the depth of injustice.
Sooner or later something will have to give. Perhaps if the long term future of Hong Kong hadn't been kicked into the political long grass prior to 1997, we wouldn't be in this position now. By implementing this law, China has seized an opportunity to impose its will on the people of Hong Kong. It figures the political and diplomatic cost of doing so, is less than if the very fabric of Hong Kong life significantly changes. It just may be right.
China Hong Kong Human Rights